We woke to grey skies and rain but in true British tradition decided that the walk would go ahead despite the weather. The plan was a foray in to Buckinghamshire starting at Hambleden and by the time we arrived at the car park in Hambleden the skies were clearing. The walk took us towards the Thames and Medmenham with glimpses of the river and flat terrain so easy walking. We were soon in Medmenham village, where the original 12th century Cistercian abbey was once the headquarters of the notorious Hell Fire Club but is now a private house, and walking through fields and wildlife areas towards Danesfield House Hotel.

The rain had given way to sunshine and encouraged the emergence of butterflies and birds criss crossing the path as we walked. The green woodpeckers (yaffles) were enjoying the recent rains and easy pickings. Geese were grazing in the fields and the harvest had given way to stubble. There were the native Greylags, Canada geese and also some Egyptian geese all sharing a field but firmly sticking to their groups. It is evident that the native birds are in the minority with the Egyptian geese fast catching up in numbers with the all familiar Canadians. As we walked along the riverside below Danesfield we passed a Capstan lock. There was a flash weir here in the 1580s, known as Newlock. 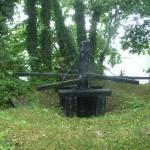 Flash weirs used capstans or winches to pull boats upstream against the river’s flow. On the river bank is the partlyrefurbished flash lock capstan – the only one existing on the Thames www.archaeologyinmarlow.org.uk Hurley lock has now replaced this with a pound lock and weir which copes with all the modern day river traffic and we spent a few moments watching people enjoying canoes and leisure craft on the river.

From here the path took us up a steep cliff and on towards Harleyford estate – a beautifully maintained area sweeping down to the banks of the river. The path passes alongside the golf course and across mown areas to a wildflower meadow humming with bees and butterflies and finally leaves the estate on its way to Marlow. 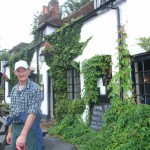 As we came to the Hare and Hounds, a 16th century inn, we stopped for a well earned cup of coffee. The pub is up for sale due to the landlord’s retirement but we were given a warm welcome and even the dogs were well catered for. 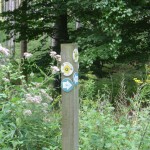 it is easy to miss your turning!

The woods have relics of trenches that were used for training in the first world war – these trenches in Pullingshill wood claim to be the best examples in the UK and the woodland trust has erected an information board telling visitors about them. We left the woods and enjoyed views of steep chalk escarpments and wide paths with the red kites noisily circling overhead and bright and welcome sunshine after the shade of the trees. 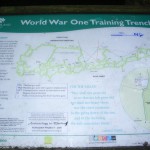 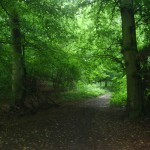 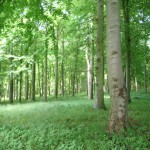 Then once more in to woodland, this time an SSI managed by the forestry commission full of wild flowers and mixed woodland. The characteristic swallow holes found in the Chilterns are plentiful in these woods and in places a rope swing has been attached to provide entertainment to local children but we were not tempted to test the rope! 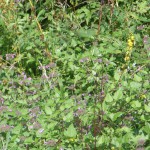 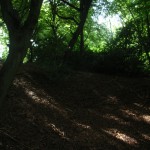 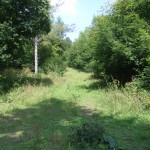 On up to the top of the hill and out of the trees to fields with fabulous views to the south and west – it seemed like a good place for a picnic in the shade of an oak tree. However tempting it was to lie down and enjoy the peace, the dogs made it clear that it was not their intention to linger, so it was up and off again. The path crosses farmland where contented animals grazed, enjoying the recent showers and fresh breeze, it felt surprisingly high up. More kites circling in the breeze and calling to each other with the occasional buzzard appearing and disappearing from sight. Conservation areas and game cover crops add to bio diversity and encourage a rich mix of flora and fauna. 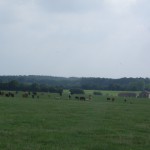 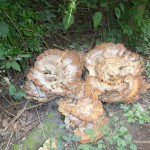 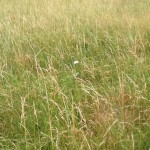 The path now starts the descent to Hambleden village 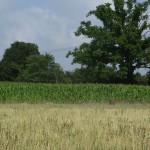 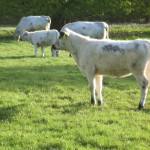 through beechwoods and past pheasant pens. Young birds relishing their freedom, exploring the woods and making use of the undergrowth.

We were soon passing Kenricks – an imposing house overlooking the valley that was originally a rectory, with views of Hambleden village and the brook, twinkling in the afternoon sun. Hambleden village retains the character and charm of a chiltern village with houses built of traditional brick and flint. Shop fronts remain unchanged despite many no longer operating having beeen converted to houses. 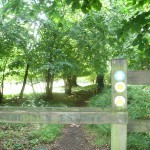 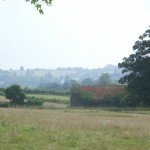 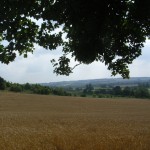 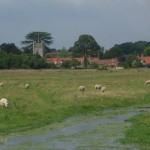 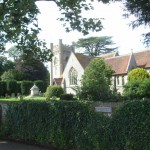 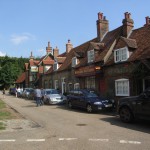 murders. On Sunday the church was hosting an afternoon concert featuring the Syrinx trio and offering teas in the churchyard with home made cakes. The village shop also does very good teas so it was a difficult decision but the church won on this occasion.
Full of food agai 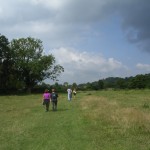 n and then off down the brook which wends its way along the Hambleden valley to join the Thames. A spot of blackberry gathering and home to make some jam. 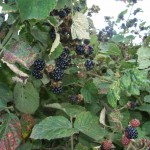 Fruits of the hedgerow

Well fed, well exercised and feeling happy and relaxed after a varied and pleasant walk, fired up to explore further on another occasion. 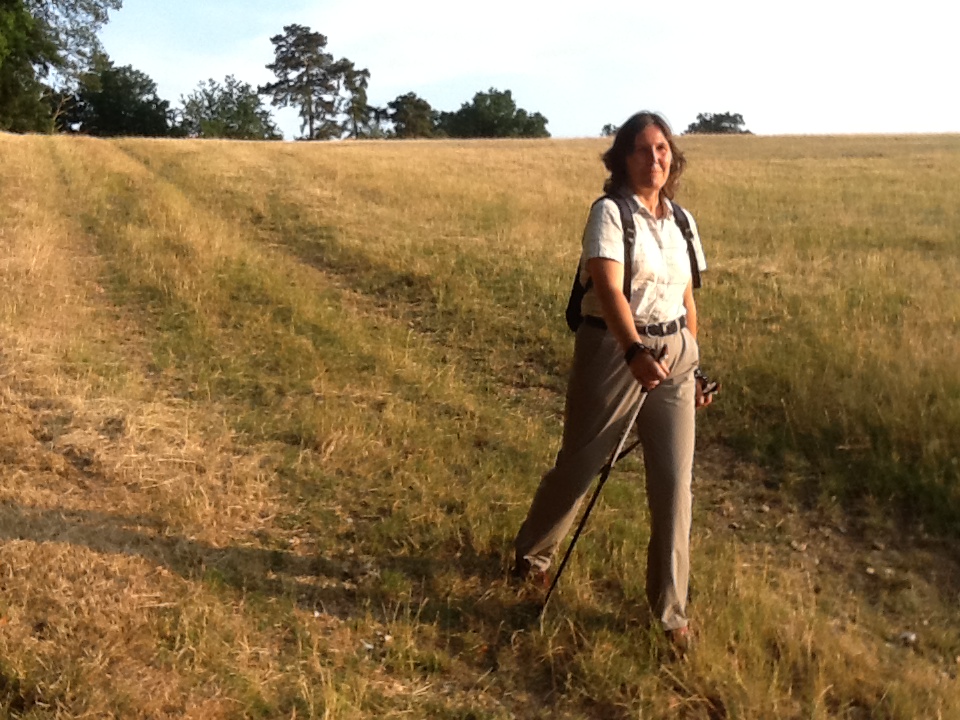 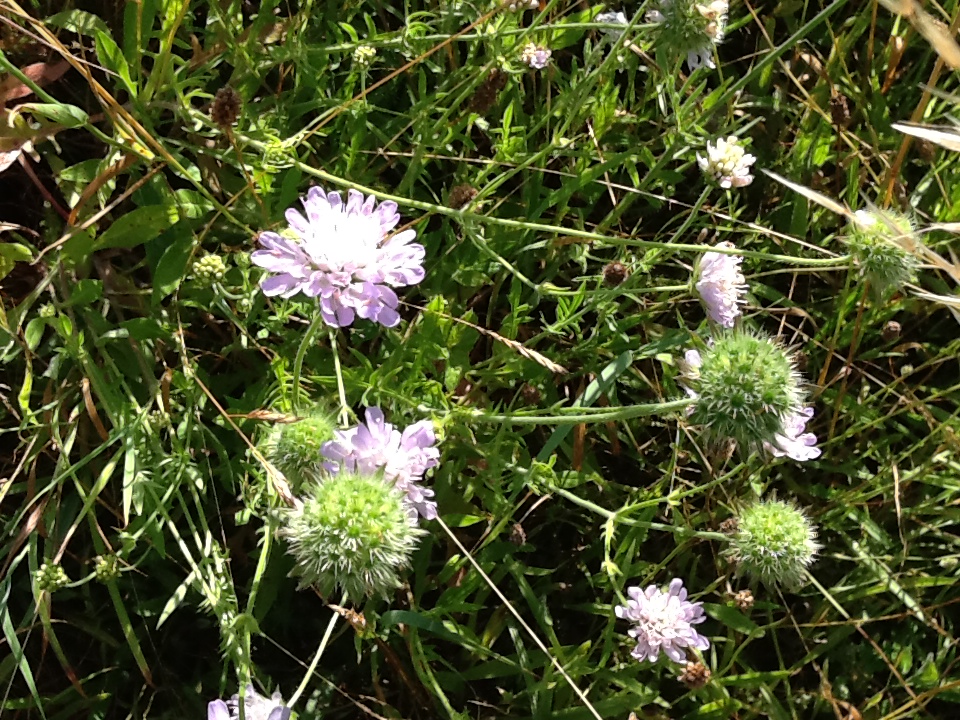 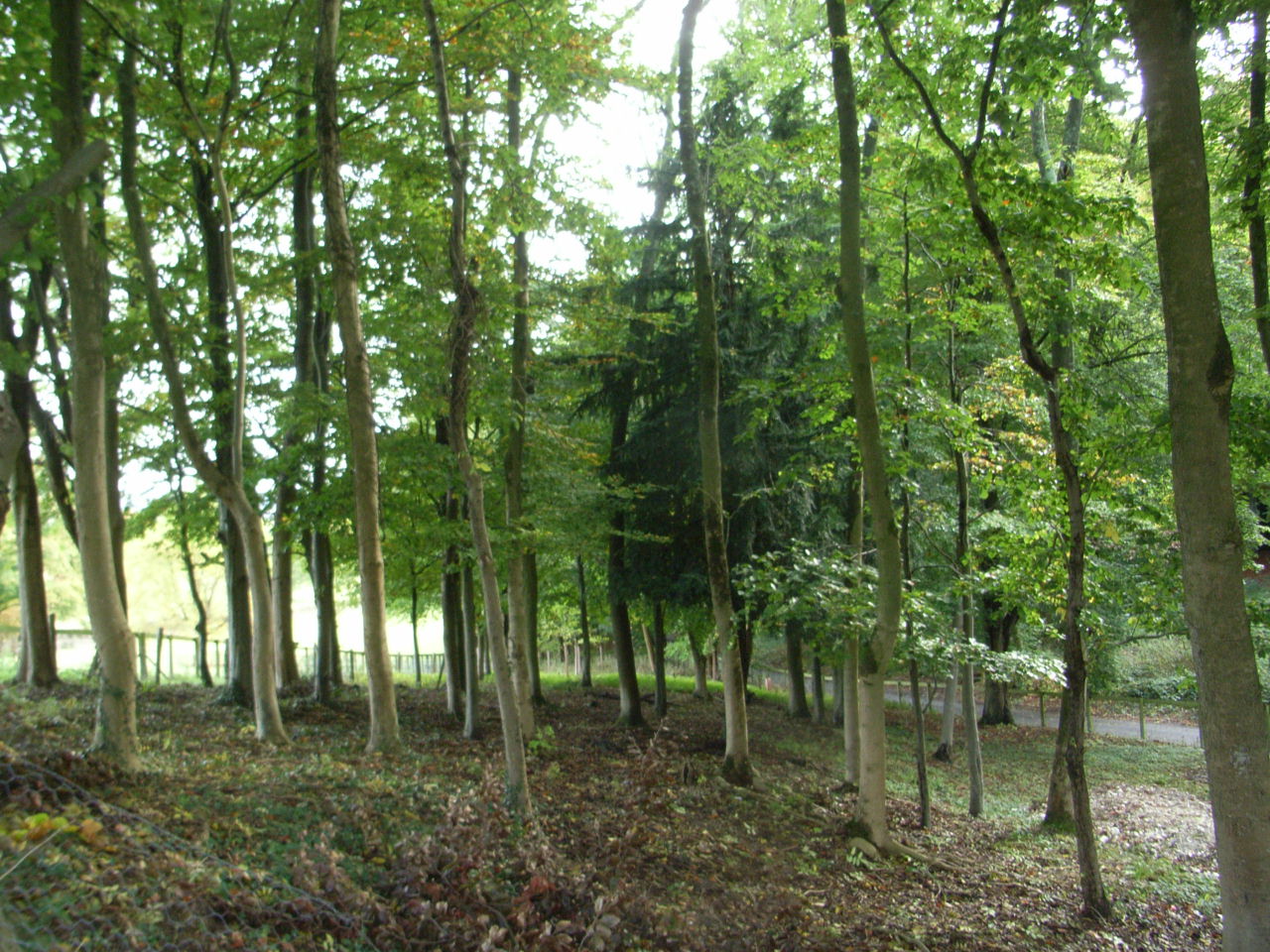 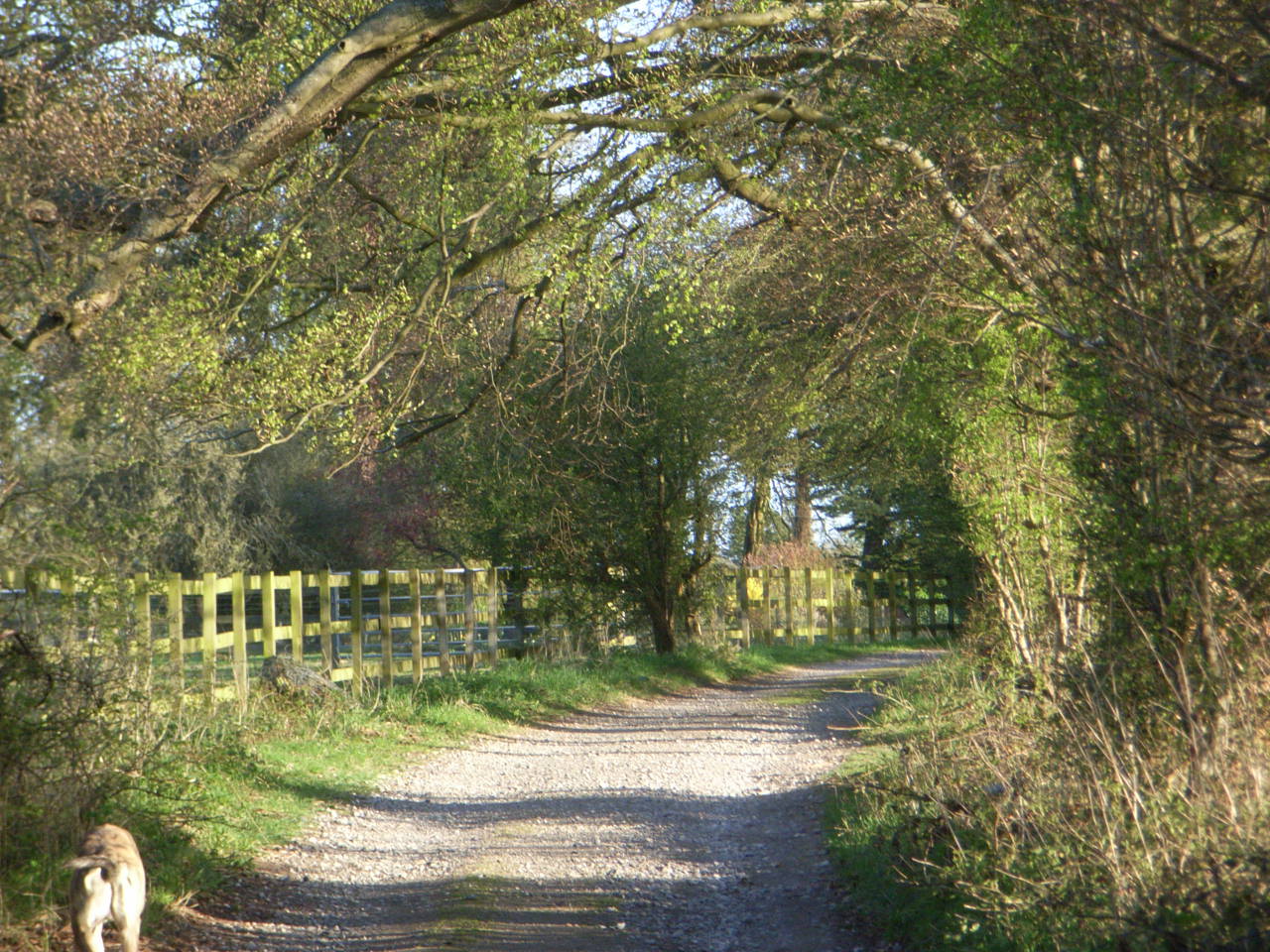 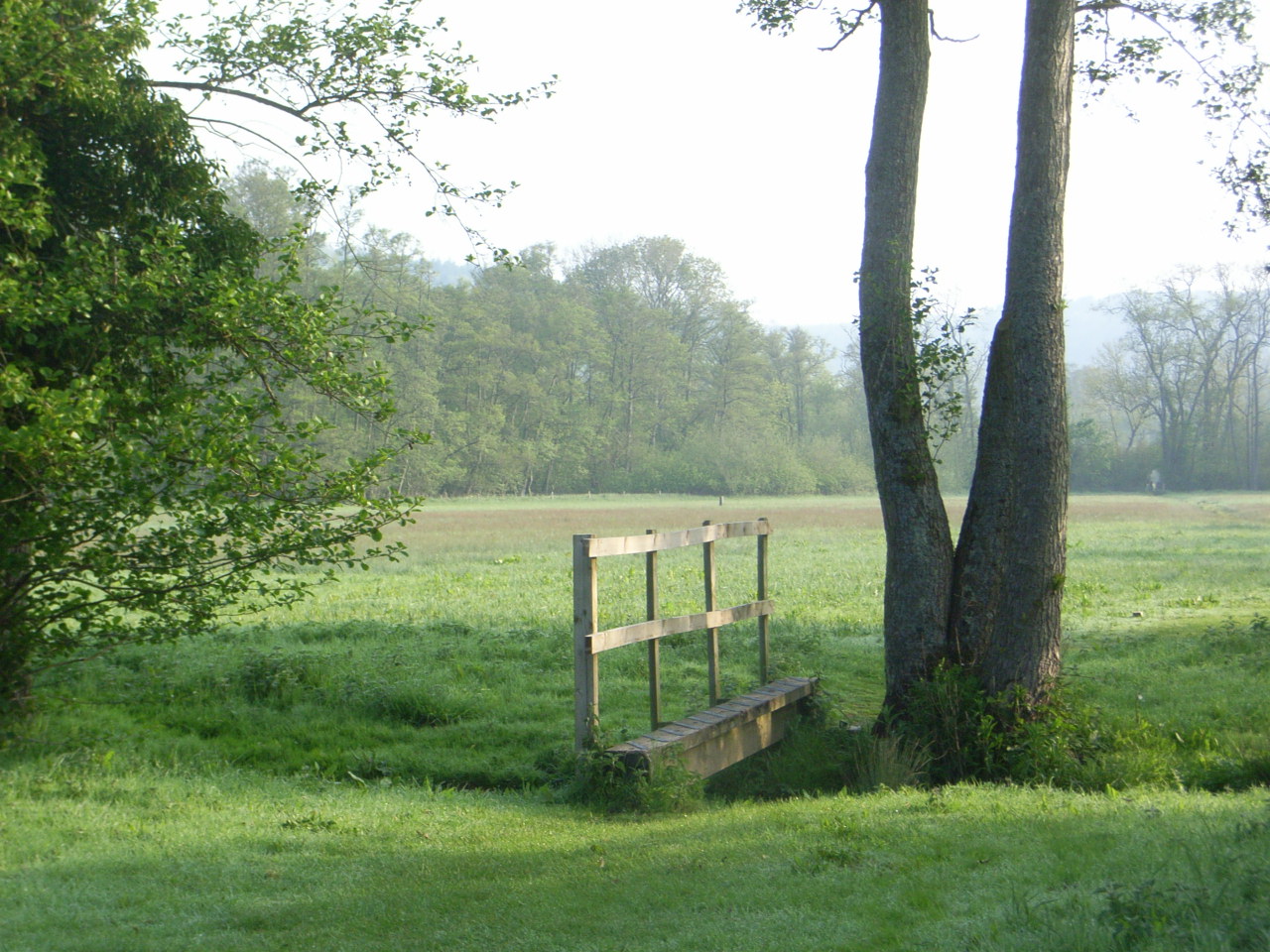 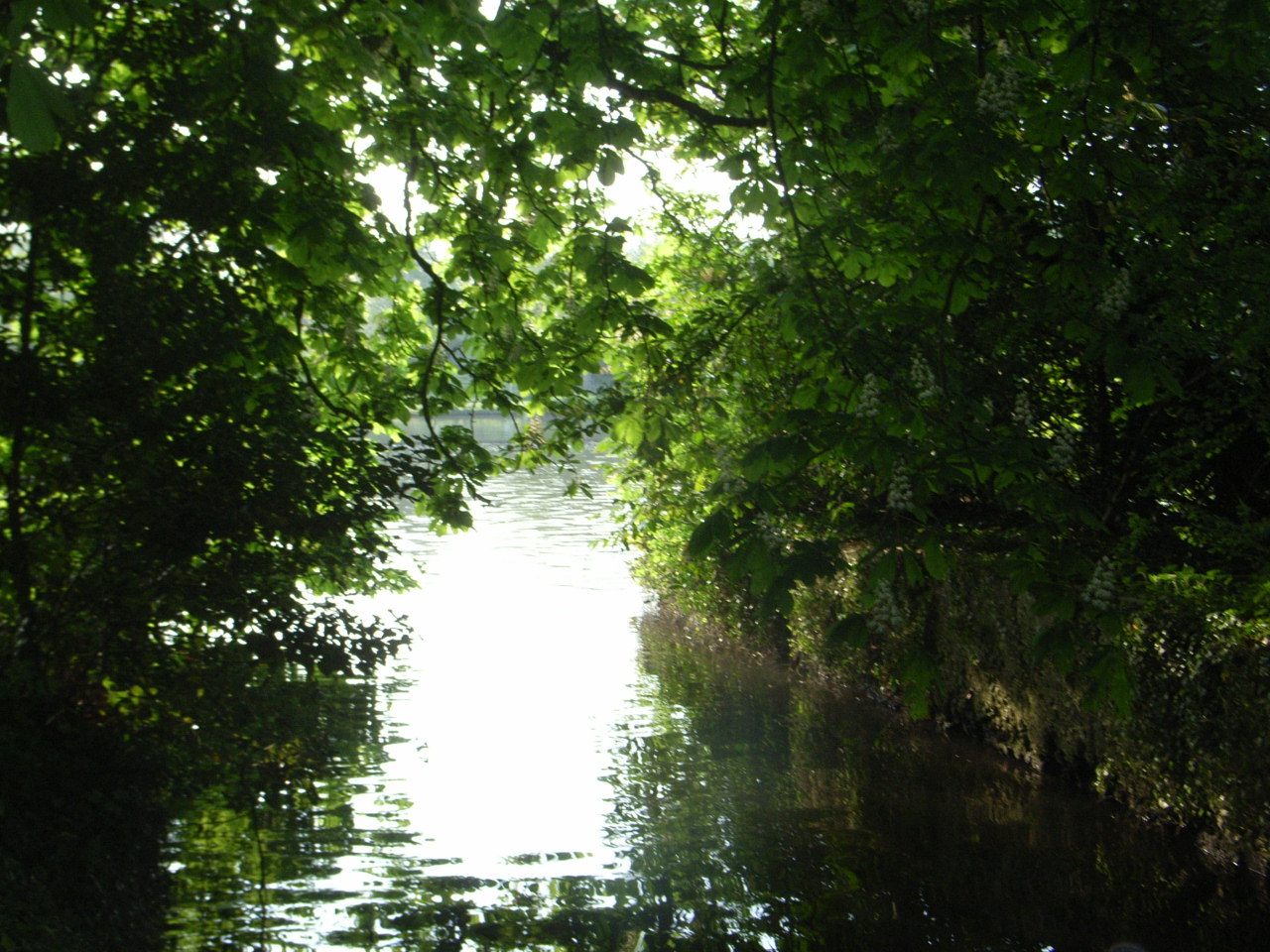 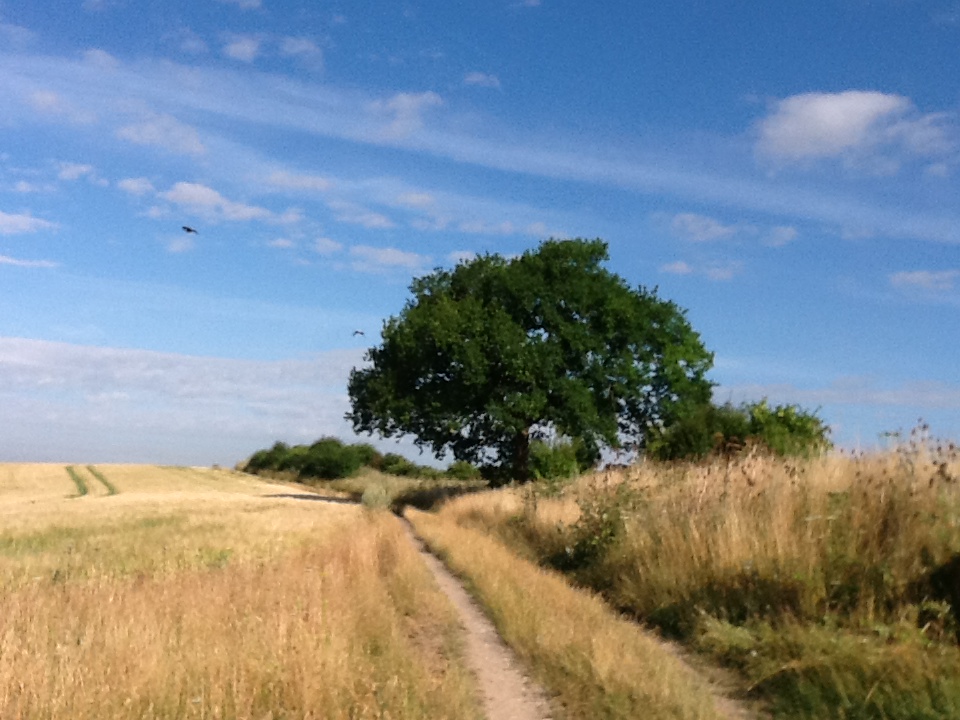